LIFE ON THE LAMB

How I got here…

I recently watched a George Clooney film, THE TENDER BAR, based on the memoir by J. R. Moehringer. I’m not going to review the movie other than to say I enjoyed the story. It also stirred memories. I haven’t written a lot about myself. But I could identify with this movie’s main character for several reasons. The protagonist in The Tender Bar and I both had much in common regarding fathers. But more importantly, he is an aspiring writer. I have always aspired to write. It is my true passion. The written word can be raw, abrasive, honest, eloquent, and whatever you want. It can also be a distraction from the things that scare or haunt you or memories no child should have.

I had a father who chose a life of crime over his family. In 1968, my brother Kenny, just seven years old, was taken by the icy waters of the Saint Lawrence River. When the time came to bury my brother, my father did not attend his own son’s funeral because the cops had the cemetery staked out. I think that is the most unforgivable thing he did in my book, and he did some pretty unforgivable things. My family was devastated by the loss. I was a baby, three years old, not old enough to understand. But if ever we needed a father to step in and pull a family together, it was then.

He was on the lamb.

Our lifestyle eroded my relationship with my father. He came in and out of my life for the next thirty years. Making and breaking promises. Not all the memories were bad, but those are the ones that stick. There was the way he used to loop his belt over and crack it before dealing corporal punishment. We didn’t think this was abuse; many kids got the belt in the 70s. Schools still had the strap. But the cracking of that belt was a terrifying preamble to the punishment. That fear was worse than the belt itself.

On my first day in Kindergarten, I remember my brother saying, “If anyone asks you, your last name is Gardner.” We were standing outside the school two years after our brother’s death.

I didn’t question it, didn’t understand. It was the norm. I went off to my first day of school under an assumed name because my father was again on the lamb from the cops. His crimes were multiple armed robberies, banks mostly. He’d been in jails from Kingston to Yellowknife. He got his front teeth knocked out in Yellowknife after being nabbed in a shootout with the RCMP that luckily didn’t kill anyone. He told me about that when I was an adult. He talked about how poorly he was treated, and I listened, trying not to cast judgment and forgive. I thought he deserved more than getting his teeth knocked out. He was jamming his gun in some innocent person’s face, shooting at police on an open street. I suffer violent criminals poorly.

Watching this film, I remembered going to Boston on what I thought was a vacation. But my father was on the lamb for a job he pulled. We were living in Hamilton, Ontario. Just before this, my grandfather had died, and my brother, who was maybe ten, stayed with my grandma up in Montreal, Quebec, to keep her company and help her out.

That year, I flew solo with my mom. My father was gone more than he was there. They fought, and sometimes it got violent. I remember him bouncing her off a fridge for refusing to hand over the rent money so he could go to the track. I started crying, and whatever spark of humanity there was in his heart brought him back, and he relented. I remember the look of shame on his face. Like he’d been caught after the mask hiding the monster dropped away. He leaned down, wiped my tears, and tried to assure me that he wasn’t mad, but domestic violence was a mainstay in our household.

One evening, I was pulled from my bed, and my mother was screaming frantically. There had been another fight, but this time, my mom clobbered him with a lamp. She rushed me out the door in my pajamas. She thought she had killed him. We drove to a motel at Niagara Falls to hide out. I remember seeing a pool and thinking sadly, “I don’t have any swim trunks.’ Then I was off to bed, my mother sitting by the window, chain-smoking, watching, terrified. I fell back to sleep and woke up in the morning. My mom was still sitting there. She said to me, “Your father is coming. We’re going to talk.”

He showed up, they went outside, sat at a picnic table, and talked for a long time. I watched my mom cry, I watched her scolding him, and I heard his promise not to do it again. But even at the tender age of five, I knew it rang hollow, as I had heard that promise before.

There were some good memories.

Once, we all went to a cottage at a creek, and he gave me a peanut and began making a clicking sound with his mouth. When I looked up at him, he smiled at me and pointed. I turned and looked at the tree he was pointing at and saw movement. It was a squirrel. My father clicked again, and that squirrel came right to me, reached up with his little hands, and took the peanut from my fingers. Astonished, I looked up, and he was smiling. For a kid from my background, that was a damn good memory. I remember watching THE INVADERS and THE FUGITIVE with him. I remember him explaining how a flat tire will come off a rim after it’s been shot out. I suppose he identified with the fugitive because he was always on the run. As this is a blog in the memoir section and not a full-fledged memoir, I am only giving you the Readers Digest version instead of the entire story.

Eventually, my mother and father separated. Even that was a violent affair after he took my mother and future stepfather at gunpoint from a bar. He forced them into their car. My mother was sure my father intended to execute both of them. She later told me that he had stated those were his plans. But my father did not expect to be entrapped by his jealous rage, as my mother had been used as bait by the police to arrest my father. In a takedown that involved robbery detectives and multiple police cars, my father was removed from the vehicle and cuffed. They arrested him on charges of armed robbery. It went to trial, and he was found guilty and sentenced to ten years.

He did six years, paroled out for good behavior.

Six years out of a domestic abuse family dynamic into relative normality?

Anything but normal. Still dysfunctional, it was enough to save my brother and me from a life that would eventually have consumed us. Neither my brother nor I became abusers of our wives or our children. We both despised him for this. I was tough on my kids, probably tougher than I should have been. I never used a belt, but I did spank my kids. I spanked them not because I was angry or wanted to instill fear but because they were being assholes.

Didn’t expect that did you? I have three boys, and I love them with all my heart. They all seem to be in good places these days; that is all I need. If they are happy, I’m glad because they’re not welcome to come back and live with me. I’m still pretending to hold a grudge.

Many years later, I would reconnect with my father, as would my brother.

It was a stormy relationship that eventually fell apart. My father had

contracted Hep C in prison, drank to excess, and his liver was on its way out. Aside from the jug of Absolut Vodka he kept in the cabinet, he ate Percocet like candy. He was an addict. There were times through this stormy relationship that yielded some pleasant memories. My mother forgave him, but I never quite trusted him. Ultimately, he became bitter and mean-spirited, sabotaging our relationship.

We found out he died two weeks after the fact. His wife, who is also now dead, never bothered to call. My Uncle Ron, his brother, reached out via email. His brother was a good guy—ex-military, solid through and through. Ronny is gone too. It was our father who terminated the relationship. He did something that angered me greatly. I called him up and gave him a piece of my mind?” He said, “I’m going to hang up now.” And those were our last words.

My poor brother didn’t do anything. He wasn’t even involved in the argument. But he never called either of us again. I think the sickness, addiction, booze, slow death, and his wife’s urging to cut ties blew it all up.

What the hell are you going to do?

I never shed a tear for him. He pissed away the gift of grandkids. He forfeited a second chance. I also vowed never to carry it as excess baggage. I haven’t. In fact, as a writer, I absorb it as a sad section of chapters that got me to this point in time and sentence. I have more or less reconciled and come to understand a bit about domestic violence. It is not born out of anything. It is often learned from an adult abuser, sometimes with substance abuse as an enabler. I loved my mom. She was flawed and had poor taste in men, but she did her best. For that, she gets a pass on the shortcomings. She got us out alive.

My brother and I both served in the military. After the military, he went on to get his engineering degree, and he’s one of the most intelligent and decent people I know. After the military, I got my Class one and drove a big truck. I crossed the highways of Canada and the United States from New York City to Houston, Texas, and straight up the world’s longest ice road. In all these cases, my rig doubled as a study, where I concocted tales that became novels and short stories on the steering wheel of a parked truck.

I don’t hate my father. I feel sad for him. He ruined his life and pissed away the years that could have been devoted to being a grandfather. I find that most tragic of all. I know more about him in death than I did in life. I know that his father abused him terribly, and at 14 years old he set out on a journey that hurt people and himself. He once told me, “I really fucked up my life.” To which I said, “You’re still alive.” He lived in the past, and those demons took too much of his soul. He isn’t the only one.

Why such a personal blog? I don’t know. I’m doing a little self-inventory at 57, always looking forward and remembering to look back. It’s how I got here. I am analytical and pragmatic about my past. I am often dissecting and following the bread crumbs. I use what I have learned in writing. Rather than hit you with a pitch to buy a book, I thought I’d give you a little piece of me.

Now buy a book and leave a review. 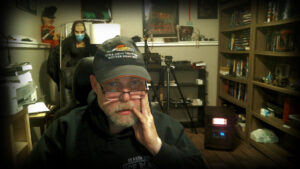 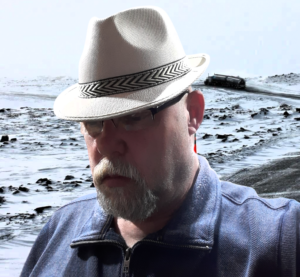